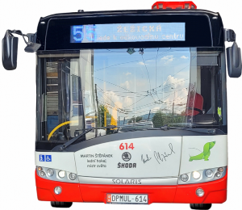 Since October 2020, there is a pilot operation of emergency vehicle priority in the city of Ústí nad Labem (CZ). There are two OBU units installed on ambulances. In terms of the number of priority activations, this is the busiest system in Czechia (in sligthly more than a year, there was more than 2000 activations). There are 2 RSUs installed, both close to the city hospital.

Hit enter to search or ESC to close